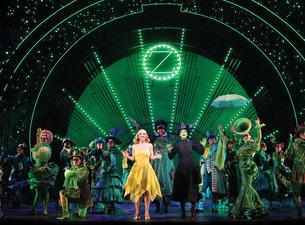 Theatre- After Highschool
by Amanda Ortega
Graduating Highschool can be scary. You barely know what you're eating for breakfast let alone what college you are going to spend the next four years attending or if you're even going to college at all. So for a theatre major, your next step may be a difficult decision. Audition. Audition. Audition! Do the dang thing. Audition for theatre programs around the world. Audition for shows and gigs. Tour schools and find a place to hone your craft. Some people choose the college path and others go straight to places like New York or Chicago or L.A. to begin their careers. Neither paths are better than the other, it just depends on who you are as a person and where you are as an actor that determines where you need to invest your energy. For a theatre major, college isn't really about getting a degree, but more so about getting the experience and making the connections before you decide to move you career to a competitive city. Not saying that skipping college is a bad idea, but a major in theatre or other aspects of it prepares you for the real world of an entertainment career and teaches you skills and lessons that some who went straight for the life of an actor might have missed out on because they weren't exposed to these things early on. There is no such thing as knowing it all, especially when it comes to theatre! Always keep wanting to learned and better yourself as a professional entertainer!